Momchil Nekov, Member of the European Parliament,  requested the Commissioner designate Tibor Navracsics for guarantees. Nekov, further insisted and pointed out that when Mr. Navracsics becomes a Commissioner of Education, Culture, Youth and Citizenship, he shall not block the programs and funding for NGO’s.

During the hearings of the Commissioner – designate in the European Parliament, Momchil Nekov, asked:

You were part of the government; known for its unfriendly attitude towards some NGO’s who works in Hungary. Therefore, I would like to know whether as a Commissioner you will support such policies that might block European legislative initiatives and funds allocated to NGOs for projects aimed at promoting and reinforcing civil society in the European families’ countries?

Tibor Navracsics is Foreign Minister and former Minister of Justice in two cabinets of Viktor Orban, who is subject of harsh criticism from the European institutions. Orban have been criticized for his undemocratic practices, which restricts fundamental rights, including through changes in the Constitution of Hungary.

Navracsics stated, that he was completely open to work with non-governmental organizations and that the same are an integral part of the political process. He further stated, that as a Minister of Justice, he have been working on several projects with NGOs, including the fight against corruption and project devoted to children who are victims of crime.

The hearings of the Commissioner – designate, Tibor Navracsics with the parliamentary committees responsible for Education and Culture, Industry, Research and Petitions were held last night in Brussels. Momchil Nekov is member of the first Committee– Education and Culture.

The MEPs’ subjected thorough interrogation the Commissioner – designate in regards to his past as Minister of Justice and Foreign Affairs in several governments of Viktor Orban’s.  They also questioned his understanding of freedom of expression and movement, his abilities to work with NGOs and his respect for fundamental rights in the EU. 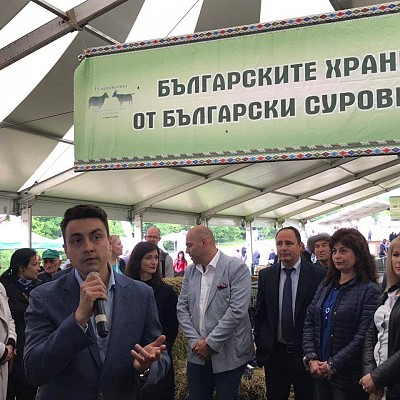